Some Remarks on Helck's 'Notes' The late Wolfgang Helck left us in his ‘Anmerkungen zum Turiner Königspapyrus’[1] the only critical treatment of this precious document which has appeared since the publications by Giulio Farina[2] and Sir Alan Gardiner.[3] In addition to the Royal Canon (on the verso of the papyrus) he dealt with the hitherto almost unnoticed text of the recto, a tax-list from the reign of Ramesses II. His arrangement is based on the positions of the patches which repaired the serious damage suffered by the papyrus-roll some time before the verso was written. The main result is a new distribution of the last fragments of the king-list into five instead of three columns (cols. IX, IXa, IXb, X, XI). While wholeheartedly accepting the ingenious reconstruction, I would like, nevertheless, to publish a few notes on special points.

Column I
Fragment 7 is placed too low. It should be fixed one line higher, as on Gardiner's pl. I, since its last line (with the figure ‘736’) continues into col. II (see next note) and therefore does not belong to the god Osiris but to Geb. 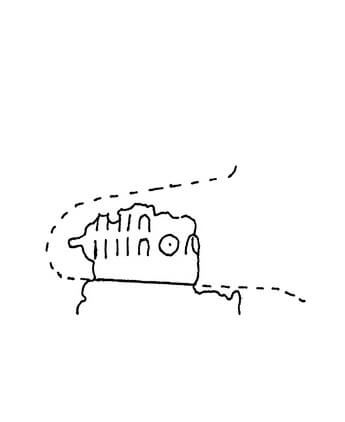 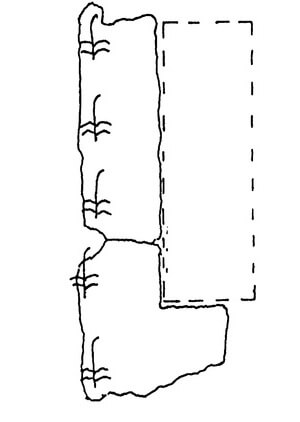 Column IV
Fragment 43 is clearly out of place in Helck's figures (pp. 168-9 and 212-13). It was fixed wrongly by Farina to lines 10-13 and moved to lines 8-11 by Gardiner. I have suggested elsewhere[4] that it should be placed still one line higher, in lines 7-10; this would, in agreement with Manetho, make Queen Nitocris the immediate successor of Menthesuphis, whose reign is certainly quoted in line 6. Helck placed the fragment a line higher in order to provide space for fragment 133 + 135, which was assigned by Gardiner to the ‘unplaced fragments’. However, the position proposed by Helck seems impossible since Nitocris fragment would then come in the same line as Menthesuphis. Furthermore, I. 14 (with the the summary) has to begin with the sign for the total (the papyrus-roll, dmD) and not with the -plant (). Fragment 133 + 135 is therefore out of place here. There may be, however, another possibility for positioning this fragment in col. IV where it should belong, to judge by the recto. If we move the supposed patch between cols. III and VI it can be seen a few millimetres to the right, it may fit exactly at the right edge of fragment 133 + 135 forming a right angle (fig. 2). The position of this fragment would then be in II. 2-6.

Column V
The reading of the trace of the royal name in p. 12 cannot be , as suggested by Gardiner; likewise Helck’s reading (from the name ‘Menthuhotpe’) does not fit the traces. The best proposal for the reading seems to be the goose (-[]).[5]

From the space between cols. V and VI it can be seen that the scribe omitted (as elsewhere) the numbers of months and days throughout col. V.

In reconstructing the Twelfth Dynasty Helck made the interesting suggestion[6] that the Canon may have displaced the reign of Ammenemes II to a position after Sesostris II and III. We would then have:

Against my earlier view[7] I now admit that the Royal Canon records the full reigns of rulers without considering coregencies. I do not agree with Helck, however, in his refutation of the coregency of Ammenemes I with Sesostris I, which would lengthen the dynasty by ten years.[8]

Column IXb
The three unnumbered fragments containing traces of the Hyksos dynasty seem to be placed much too high in Helck's figure on pp. 206-7. There should be at least six lines before the summary of the Fifteenth Dynasty since the preceding column (according to his reconstruction) ends with another summary. I doubt the arrangement suggested by Helck for the small fragment with the numbers of 3 and 8 years. On the original in Turin I saw distinct traces of the number 8 after the figure 100 at the end of the line with the summary,[9] while on the smaller fragment the number 8 seems to be complete. Furthermore, the new proposal of Helck is contradicted by his own very convincing assignation of Year 11 from the docket of the Mathematical Papyrus Rhind to Chamudi.[10] I would prefer to maintain the position given to this fragment by Farina and Gardiner.

Column XI
Like most scholars, Helck attributed the royal names in lines 1-14 to the rulers of the Theban Seventeenth Dynasty. In line 15 (‘sum: 5 kings’) he assigned the summary to only the last five kings of the dynasty, whose names are lost in lines 10-14. It is, however, most unlikely that the scribe would have summarized only the last five kings of the Theban group of rulers, leaving their predecessors without a summary. Furthermore, there is no -formula in the first line of the column, which means that this does not mark the beginning of a dynasty. For these reasons I prefer to maintain my earlier suggestion[11] that we have to add a further line at the top of this dynasty (i.e. the last line of col. X) and to correct the sum in line 15 to ‘15 kings’. The fragments 122 and 123 which were placed by Helck at the end of col. X should perhaps be moved one or two lines higher; they are blank on the recto.